Back to City News

YUMA, Ariz. - Building upon the goal to boost Yuma’s economy into new global markets, the City of Yuma entered into a Memorandum of Understanding (MOU) with the Regional Council of Ramat HaNegev, Israel, at 10 a.m. on Wednesday, Sept. 16.

The purpose of the MOU between the two regions is to share expertise and collaborate on areas of mutual interest such as desert agriculture, high-tech agriculture technologies, desert tourism,  broadband, rural internet connectivity, water usage and conservation, aerospace industries, educational innovation, border issues and related opportunities for economic development. “We look forward to increased collaboration in our shared areas of strength, like agriculture, research, technology and more,” said Mayor of Yuma Douglas Nicholls.

Moving forward, Yuma and Ramat HaNegev will work to collaborate within the following avenues:

Mayor Eran Doron of Ramat HaNegev said “the resemblance between the two regions, the vast knowledge accumulated over the years in the fields of desert agriculture, desert tourism, water use, and life alongside a border with a neighboring country” is what led Ramat HaNegev Regional Council and Yuma to join hands in their areas of expertise for a better future for both regions.

The MOU signing comes months after Mayor Nicholls traveled to Israel with the Arizona Commerce Authority’s (ACA) Arizona-Israel Trade Office, where he represented Yuma at a variety of technology and business events relevant to Yuma’s top industries. The exchange took place just prior to the COVID-19 pandemic and included meetings and conferences about commercial opportunities between Israel and Arizona. 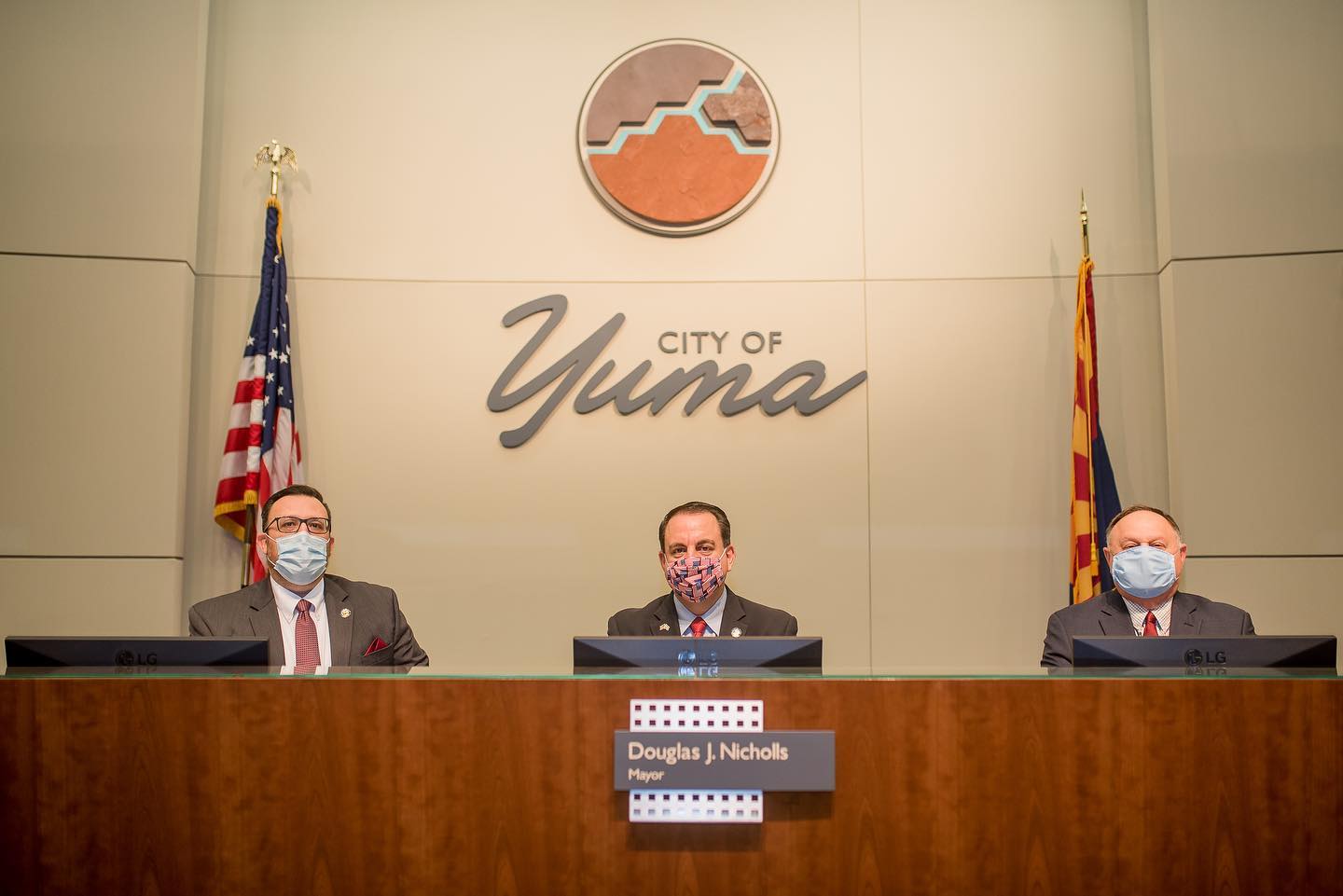 Director General of the Arizona Israel Trade and Investment Office David Ya’ari organized this trip, which set the groundwork for developing partnerships and commercial activity.

“This exciting agreement between the City of Yuma and Ramat HaNegev will benefit both regions by increasing opportunities for research and development, education, and investment,” said Sandra Watson, President and CEO of the ACA. “Israel and Arizona share an important relationship and we’re proud to advance collaboration between our two states through the Arizona-Israel Trade & Investment Office in Tel Aviv.”

"Especially during these challenging times, we are excited to see developing partnerships across Arizona with Israel and believe that this is a natural catalyst to economic development and building deeper relationships,” said Yaari.

The collaboration between Yuma, Ramat HaNegev, and the satellite company NSLComm is among the first examples that reflects the great potential of this MOU.

The Yuma Center of Excellence in Desert Agriculture (YCEDA) is collaborating with a business in Israel known as NSL Comm, a company that provides Internet of Things (IoT) data communications from remote locations such as agriculture fields through Nano Satellites.

A collaborative effort is underway to define a binational research project that would include a team of researchers at the University of Arizona, the USDA Arid Land Agricultural Research Center, and the Ramat HaNegev Desert R & D AgroResearch Center.

A mutually collaborative working group will be established, with more details to come on this new and exciting partnership.